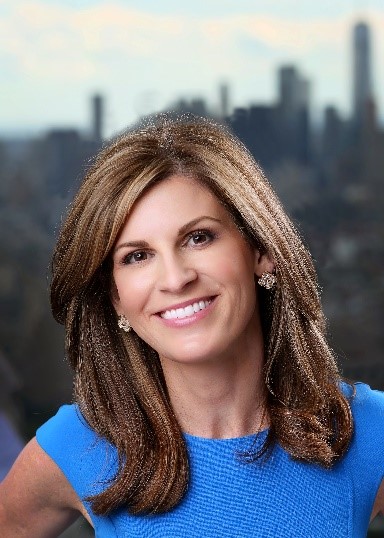 Jennifer became the first American woman ever appointed to the SAP Executive Board when she was named President of the Americas and Asia in 2017. In this role, she was responsible for SAP’s, revenue, strategy, and customer success in North America, Latin America, and Asia Pacific Japan, regions encompassing more than 43,000 employees and nearly 230,000 customers.

Prior to being named to the Executive Board, Jennifer served as president of SAP North America, where she led the region’s rapid shift to the cloud, sharpened the focus on growth and innovation for more than 155,000 customers, and helped build a culture that earned SAP North America its first ever listing on Fortune’s 100 Best Companies to Work For. Jennifer was also instrumental in the region securing its place as a leader in the areas of diversity and inclusion through programs like Autism at Work, and particularly the company’s receipt of EDGE certification – a recognition awarded by the World Economic Forum recognizing the company’s commitment to gender equality and equal pay in the workplace.

Jennifer has served in several other leadership roles for SAP since joining the company in 2004. As head of SAP North America’s public sector organization, and later as president of its Regulated Industries business unit, she was a recognized thought-leader on government and public sector technology innovation, represented SAP to the U.S. Government, and testified before the United States Congress on technology and acquisition issues. Earlier in her career, Jennifer served in various management roles at Siebel Systems, and Accenture.

Jennifer has been named one of Fortune Magazine’s Most Powerful Women in Business and by Forbes as one of the Most Powerful Women in the World and Technology. She is a proud graduate of the James Madison University in Harrisonburg, Virginia. Jennifer serves on the Board of Directors of the Bank of New York Mellon, a global leader in investment management and investment services, as well as on the non-profit board of the National Academy Foundation (NAF) and the Board of Advisors at James Madison University’s College of Business.

Holman Enterprises has been a tremendous corporate partner of United Way of Greater Philadelphia and Southern New Jersey for dozens of years. During their 2018-19 workplace campaign, they raised more than $1,402,873 in the greater Philadelphia community alone. That total reflected employee giving, corporate gifts and sponsorships. More than 80% of these donations were to United Way’s Impact Fund, supporting a two generational approach to fighting poverty across our region.

Holman Enterprises’ support of United Way extends beyond financial contributions to support the fight against poverty. Three generations of key leaders from the company have served on United Way’s Board of Directors, and both Mindy Holman and her father Joseph Holman chaired the Board. Mindy was an instrumental voice in the 2012 merger of seven United Way’s to form what is now known was United Way of Greater Philadelphia and Southern New Jersey.

Holman Enterprises’ dedication to United Way and the community is also evident through their commitment to volunteerism and community engagement and the role they each play in their company culture. Each year Holman Enterprise hosts multiple days of service at community organizations within their footprint, providing their staff with opportunities

Additionally, each year the company participates in United Way’s Loaned Executive program, generously providing staff support to assist in our annual campaign. One or more of their top associates joins our team seasonally to increase the capacity of our fundraising team during our busiest and most critical time of the year, helping maximize investments in our work in local communities.

Holman Enterprises truly exemplifies what it means to be a United Way partner. Every dollar they raise and volunteer slot they fill expands our resources furthers our fight to end poverty and helps equip our entire region to reach its full potential.